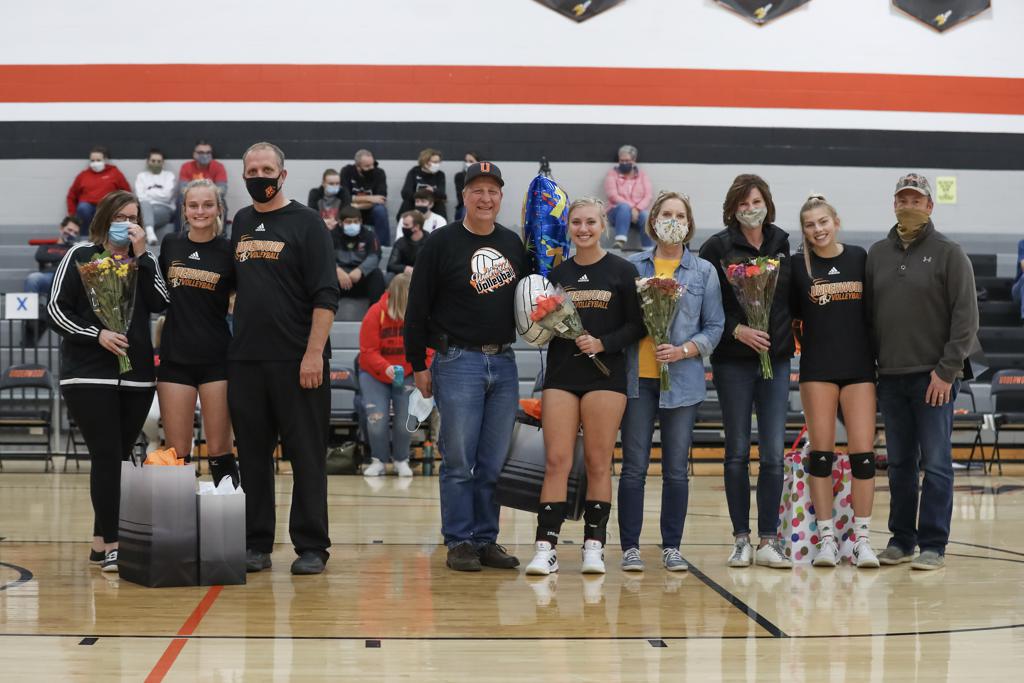 “Hillcrest took the first set after many long hard fought rallies,” reported Underwood Head Coach Breck Grove.  “Their defense was frustrating for our hitters.  It seemed like no matter how hard we attacked, they just kept on digging.  As the match progressed, we continued to have long rallies but we were able to fight back and win the last 3 sets.  We had a balanced attack and I was pleased to see a variety of players step up again tonight.”

“Tonight was a solid, competitive night of volleyball,” commented Hillcrest Head Coach Debi Foss. “The match had a lot of offense and digs by both teams which resulted in some longer volleys. We came out strong in the first match and won 25-22. We struggled with a little mental and physical fatigue throughout the night but were still able to play hard to the end of the match. We served 94% which is a season best for our team.  Things we had been working on are finally coming together.  I'm confident that the WIN is just around the corner. I'm very proud of the girls for their ALL IN effort, attitude, and teamwork.  Thank you Underwood for including us in your Senior Night Celebration.”